The importance of a good boat anchor

Boats are built to sail on the water. this is their arena. They're not made to encounter hard solid structures such as rocks, concrete, or other boats.
Getting close to these hazards requires you to be more careful, especially when in anchorage, one of the most important things you need to be certain of is your anchor, your anchor should be 100% reliable to hold you in place with fast setting and firm holding in any weather and condition, keeping you in a safe distance from any hazard.

There is no such thing as one perfect anchor.

There are a few options out there when looking for an anchor for your boat.
Fortress and Danforth excel in thin soupy muds but fail in weed and stony anchorages. Rocna, Ultra, Spade, etc work well in thin weed but fail in watery mud.  Some roll bar anchors clog their flukes.  Many anchors fail in very hard seabeds, Mantus is said to be successful - but is very ordinary in more common seabeds with a very low hold, Bruce and CQR will most of the time stay lean aside.
The Viking performs better in most seabeds, but some will say it is too light for them.
One thing is for sure: the newer the design is, the chances are you have a better anchor.

The Geometry of a deep-diving new generation anchor and how it works.

When a modern new-generation anchor is dropped to the seabed, it commonly sits with the fluke on its side and the shackle end of the shank touching the seabed.

As the load is applied, the fluke toe engages with the seabed and its burial is followed soon after by the shackle end of the shank, slowly burying as well.

Most of the time, boaters will deploy their anchors moving the boat backward, Viking anchor for example due to its unique design while havering in the water will arrive at the seabed in its perfect penetrating position to start digging immediately.
When an anchor is well-set, only the top of the shank is visible. As the anchor sets deeper, it gets completely buried, and the fluke tends to burrow forward and sit in parallel with the seabed surface. Normally this happens when it reaches its ultimate diving depth and ultimate holding capacity.
The buried rode takes on the form of a reverse catenary.
In a very hard bottom, the anchor, any anchor, may not drag the chain under the surface and it could be forced to its ultimate holding capacity, for that hard seabed, with no chain buried at all.

What is the right size?

A bigger anchor will develop no more hold than a smaller one if not buried properly.  The burial of your anchor is determined by your engine power or windage.  If you can set a 15kg anchor to a 300kg hold then a 20kg anchor will develop the same hold under the same conditions - except the 20kg anchor will be set more shallow.  Therefore there is no need to oversize.
An anchor that is not buried deeply and dragging its chain with it might encounter a few issues:
An unburied shank will not act as a vertical fluke which may reduce the resistance of the anchor to yawing.
In light winds, a shallow set anchor could be prone to the chain getting under the shank and tripping the anchor.
A large anchor that cannot be deeply set may trip easily and you have no guarantee that it will re-set cleanly by itself.
A too-large anchor will not have its full fluke buried and therefore will not use its full fluke area, which will reduce its holding power.
An anchor that is not fully buried does not have the fluke/shackle hole optimum angle designed to its pull direction and also, will not have its maximum holding power when pulled.

So when choosing an anchor that is too big, it is not just the inconvenience of using it, affecting your windlass, your pulpit, and your back (or your spouse's back - then you will definitely suffer), it is above all not safe.
Whatever anchor you choose for your boat, you should give it serious thought, it will worthwhile someday. 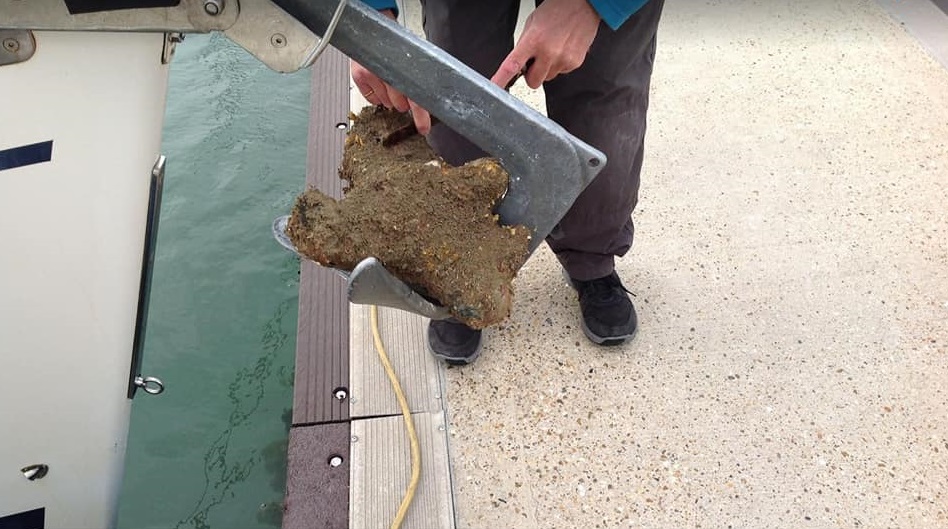 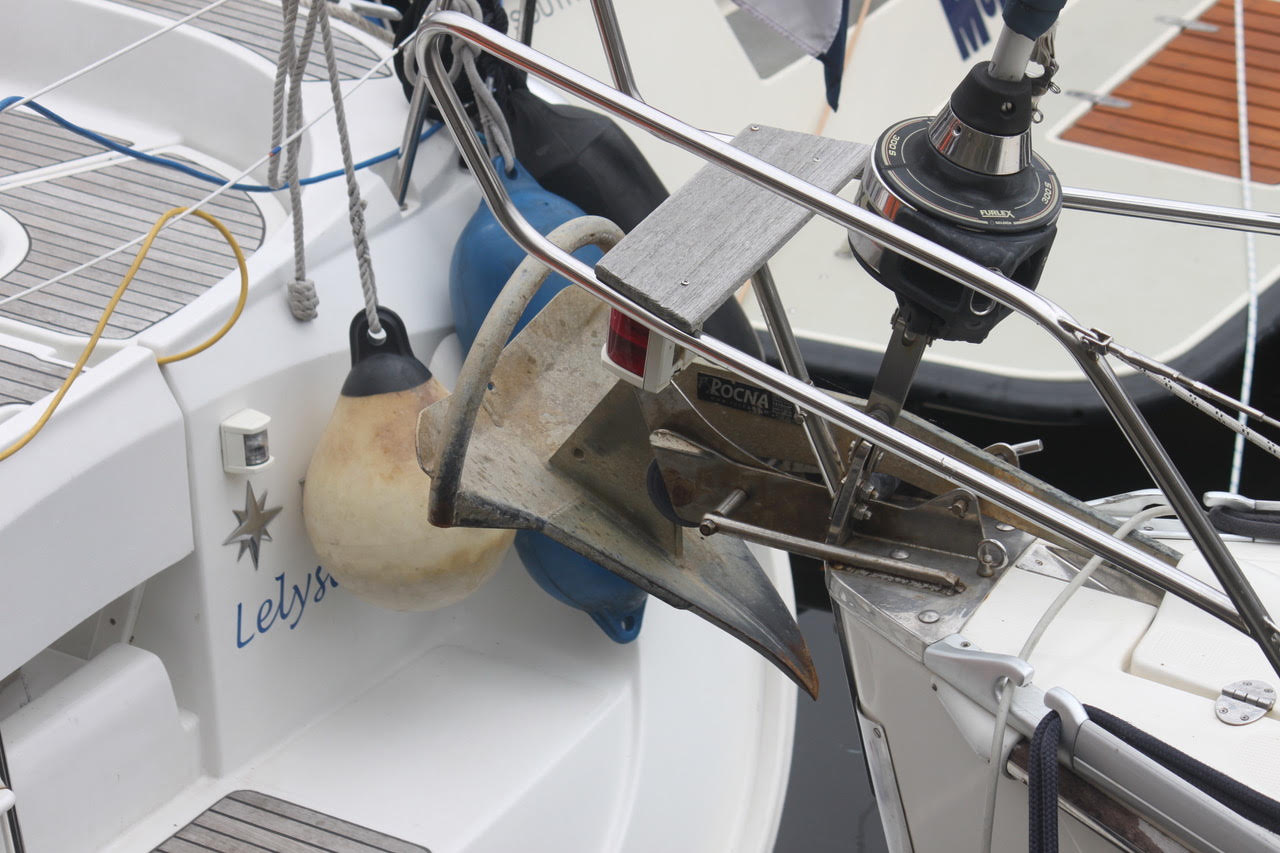 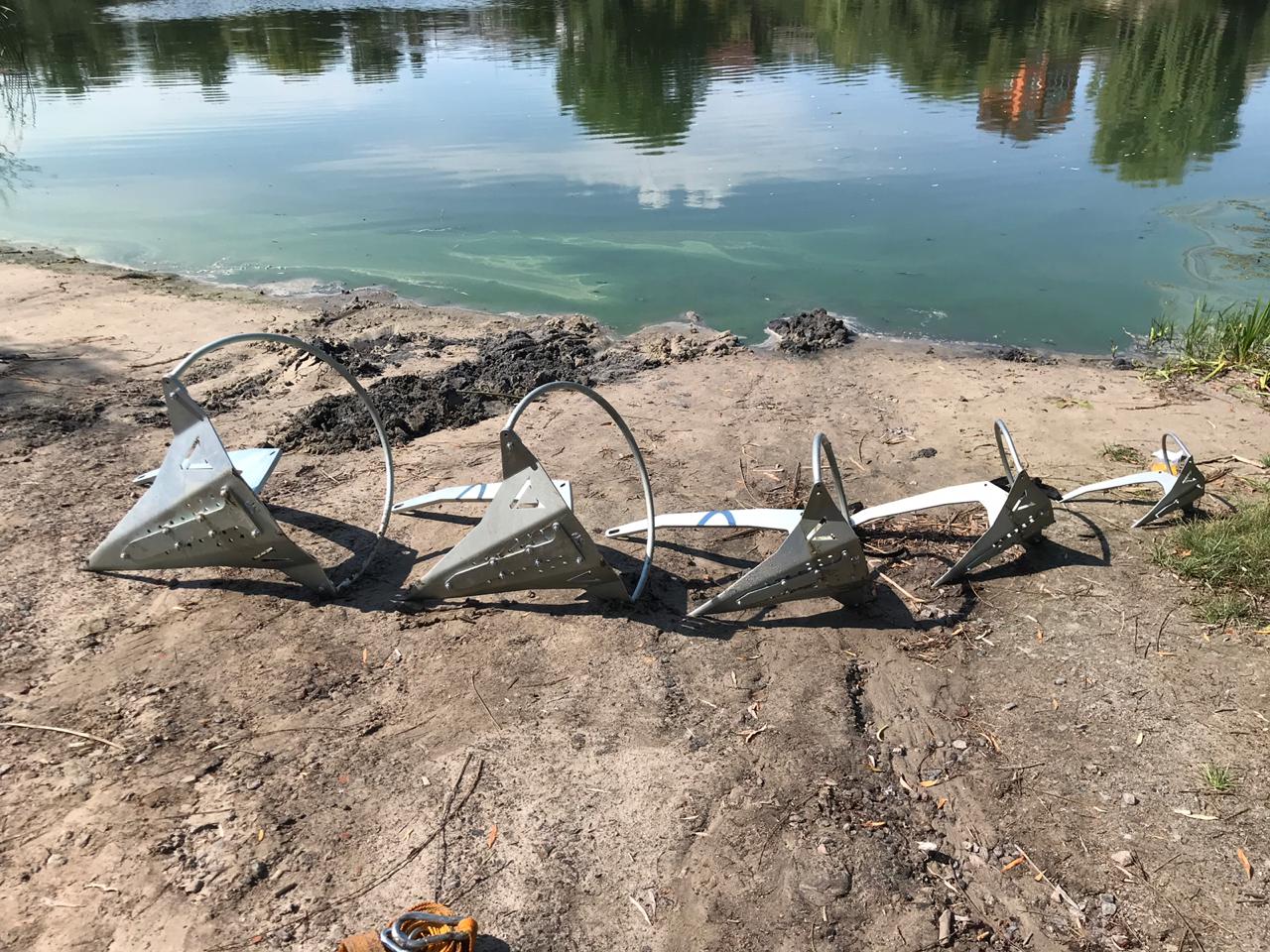